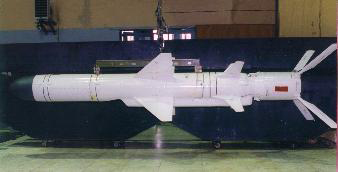 OVERVIEW: The AS-20 KAYAK (Kh-35U 3M24 URAN) is a medium-range, sub-sonic, air-launched, turbo-jet powered solid-fuel anti-ship missile with an active I/J-band radar seeker. It has a 145 kg HE warhead.

NOTES: There is also a rocket-boosted helicopter launched version. The export version of the Kh-35U is designated Kh-35UE. A containerized version of the missile has been demonstrated, potentially allowing the system to be deployed on merchant vessels.