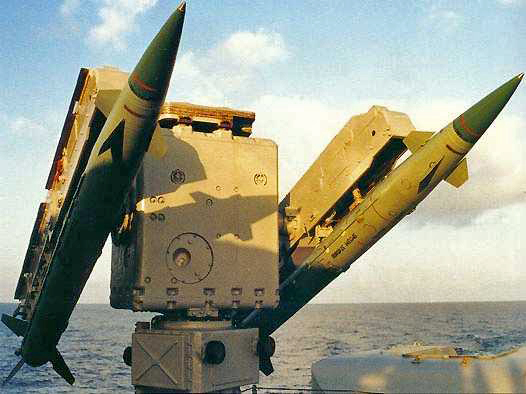 DETAILS: The SA-N-4a is a point defense missile, with a secondary anti-surface capability. It does not have a seeker, but is command guided via an uplink. It uses a 14.5 kg HE blast/fragmentation warhead with a proximity fuse. Associated radars are the POP GROUP. This radar system uses a search radar (NATO H-Band), separate missile and target tracking radars (NATO J-Band), a capture radar and an uplink to control the missile. After initial detection and cueing by surveillance radars, the POP GROUP target tracking radar is used to illuminate the target, while the missile tracking radar tracks the missile, which is guided to the target via the uplink.

NOTES: IOC 1972 (approx). The GECKO is a navalized version of the land-based SA-8. Designed primarily for uses in ASW ships to provide a point defense capability, it was also used to as a secondary anti-air armament in larger ships.