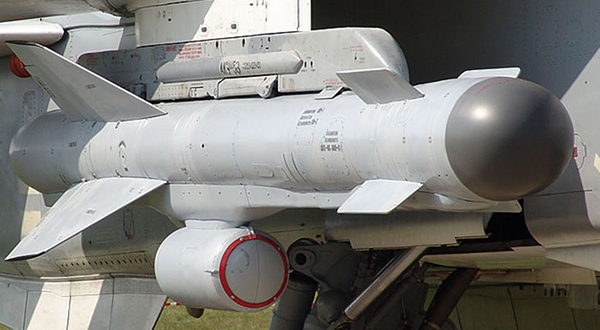 OVERVIEW: The AS-18 KAZOO B (Kh-59MK) is a two-stage, long-range, solid fuel, sub-sonic, turbo-jet powered, air-launched anti-ship missile. It has uses a 320 kg AP HE warhead.

DETAILS: Target coordinates are fed into the missile before launch. The missile can be programed to fly as low as 4 meters over water. The Kh-59MK initially uses inertial guidance. At an unknown distance from the target the radar in the missile is activated and homes in on the target. The Kh-59MK can engage targets up to Sea State 6.

NOTES: The AS-18 is a variant of the AS-13 KINGBOLT. The Kh-59MK variant was developed for Su-30 Flanker, as well as being offered for export.