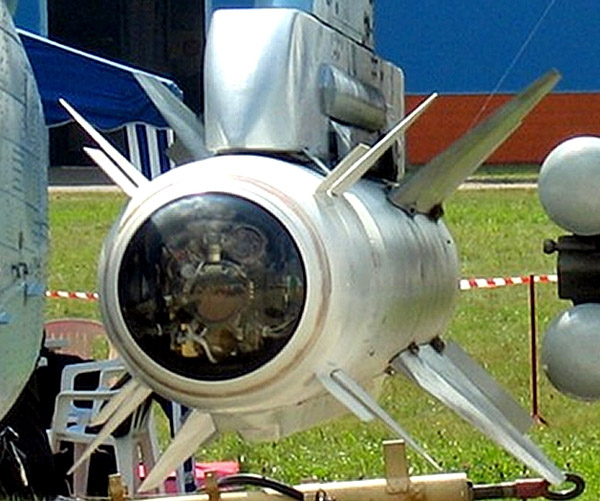 OVERVIEW: The AS-14 KEDGE (Kh-29T) is a sub-sonic, solid fuel, electro-optical guided missile, with impact fusing.

DETAILS: The Kh-29T uses a passive TV guided seeker. It is primarily intended for interdiction and close air support, maritime strike roles, and attacks on hardened concrete shelters and infrastructure such as industrial buildings, depots and bridges, hardened aircraft shelters and concrete runways.

NOTES: The AS-14 entered service in the 1980's, and remains in operational use. It is roughly equivalent to the French AS.30 and US AGM-65 Maverick.