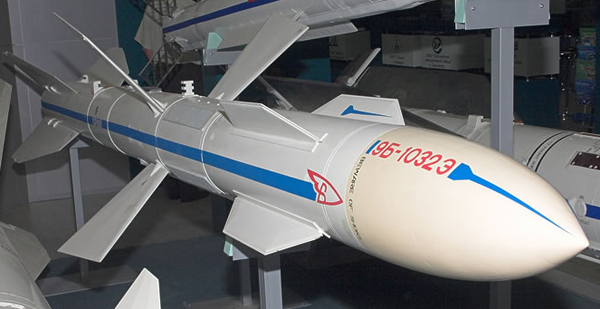 The Alamo R-27P is a passive anti-radiation missile, similar to the US/NATO "Shrike" missile. One more variant of the R-27 is an R-27P missile with a passive seeker. Both The R-27P and R-27EP employ a 9B-1032 X-band passive anti-radiation seeker This is an anti-radar homing missile launched against aircraft using active radars, such as AWACS and jamming aircraft, as well as to force opposing fighters to secure their radars. The missile has a long-range variant with an extended range engine designated the R-27PE.