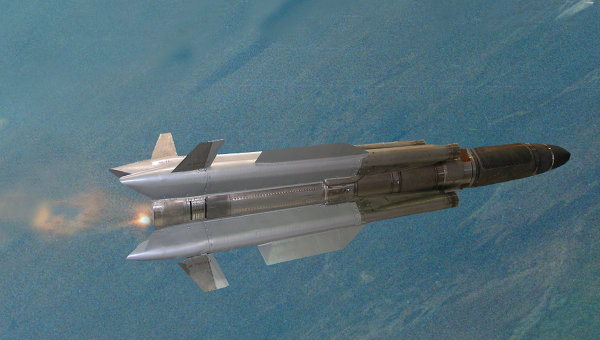 DETAILS: After launch, the AS-17 is accelerated by its solid-fuel rocket booster to a speed of Mach 1.8. Then the booster is discarded and the interior of the missile is converted into the combustion chamber for the missile's ramjet engine, accelerating the missile to a speed of almost Mach 4.50. The AS-17 uses inertial guidance for the mid-course phase. For terminal homing, it uses an wideband radar receiver to home in on radar emissions.