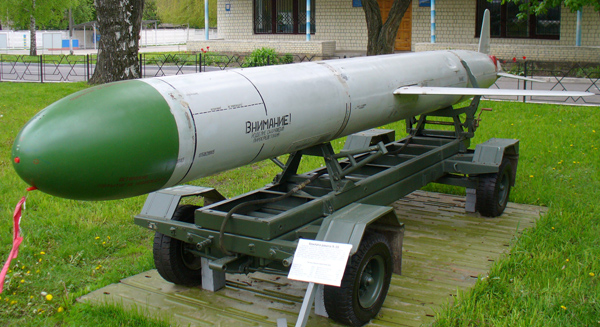 OVERVIEW: The AS-15 KENT A (Kh-55) is an air-launched, turbo-fan powered, sub-sonic, solid fuel cruise missile that combines. It carries a 200 kt nuclear warhead.

DETAILS: The AS-15 KENT A can be launched from both high and low altitudes. On launch, the AS-15 KENT A descends to 40-110 meters cruise altitude and navigates to its target using inertial mid-course guidance and TERCOM navigation. It has a CEP of less less than 100 meters.