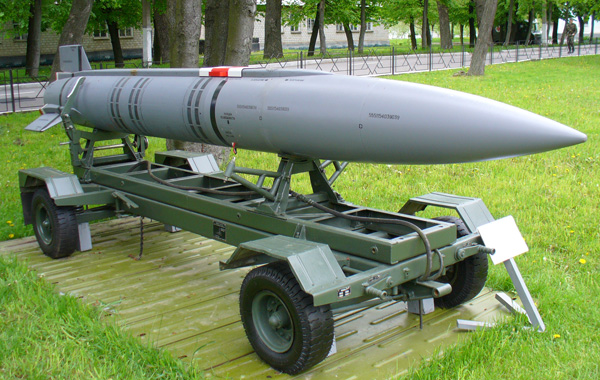 The AS-16 KICKBACK (Kh-15) is an air-launched high supersonic, solid fuel missile that utilizing inertial guidance and a nuclear warhead.

DETAILS: On launch, the AS-16 climbs to an altitude of about 130,000 ft and then dives in on the target, accelerating to a speed of about Mach 5.