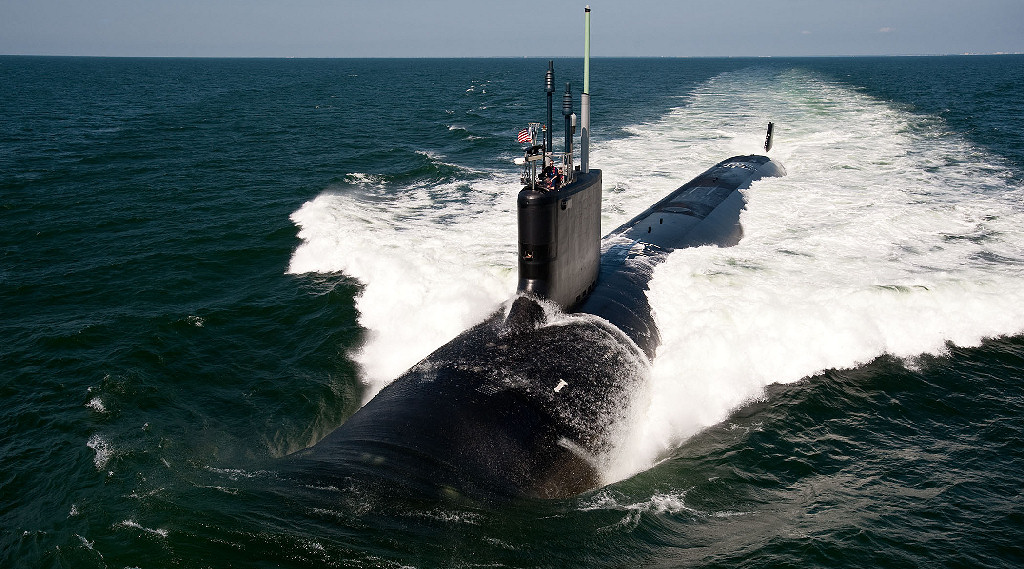 OVERVIEW: The Virginia class, also known as the SSN-774 class, is a class of nuclear-powered fast attack submarines in service with the United States Navy.

DETAILS: The submarines are designed for a broad spectrum of open-ocean and littoral missions. They were conceived as a less expensive alternative to the Seawolf-class attack submarines, designed during the Cold War era, and they are planned to replace the older of the Los Angeles-class submarines. The class was developed under the codename Centurion, renamed to NSSN (New SSN) later on. The "Centurion Study" was initiated in February 1991. Virginia-class submarines will be acquired through 2043, and are expected to remain in service past 2060. Based on recent updates to the designs, some of the Virginia class subs will still be in service in 2070. The Virginia class incorporates several innovations not previously incorporated into other submarine classes.

Instead of a traditional periscope, the class utilizes a pair of AN/BVS-1 telescoping photonics masts located outside the pressure hull. Each mast contains high-resolution cameras, along with light-intensification and infrared sensors, an infrared laser rangefinder, and an integrated Electronic Support Measures (ESM) array. Signals from the masts' sensors are transmitted through fiber optic data lines through signal processors to the control center. Visual feeds from the masts are displayed on LCD interfaces in the command center.