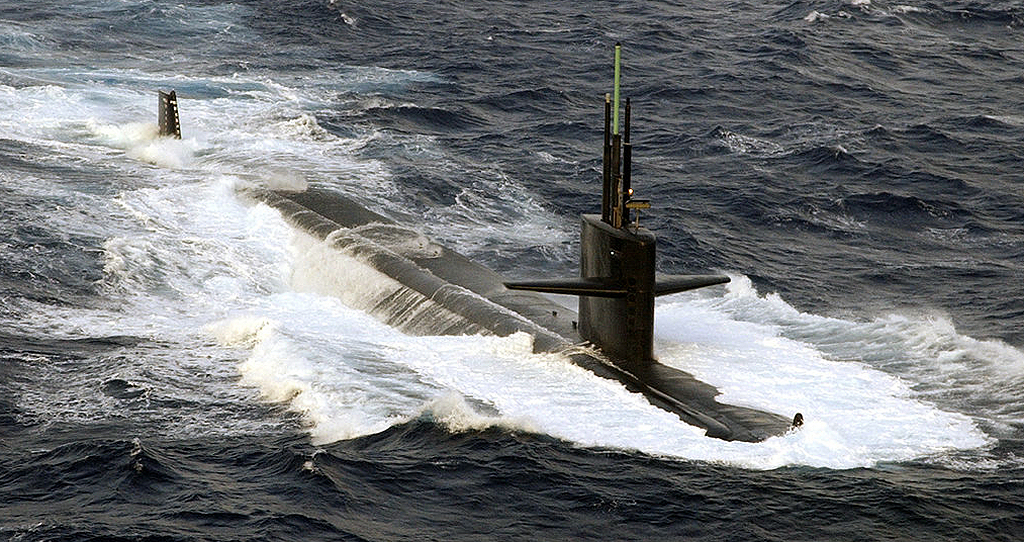 OVERVIEW:The Los Angeles-class, sometimes called the LA-class or the 688-class, is a class of nuclear-powered fast attack submarines that forms the backbone of the U.S. Navy's submarine force, with 62 submarines of this class being completed.

The final 23 boats (Flight 3) of the Los Angeles class were designed and built to be quieter than their predecessors and also to carry more-advanced sensor and weapons systems. Externally they can be recognized quickly as their retractable diving planes were placed at their bows rather than on their sails.

DETAILS: The LOS ANGELES class SSN specifically included advanced ASW capabilties to counter Soviet submarine threat trying to penetrate American Carrier Battle Groups (CVBG) while including advanced ASUW capabilities to threaten capital ships in the Soviet surface action group (SAG). The LOS ANGELES class SSN was designed almost exclusively for Carrier Battlegroup escort; they were fast, quiet, and could launch Mk48 and ADCAP torpedoes, Harpoon Anti-Ship Missiles (no longer carried), and both land attack and anti-ship (no longer carried) Tomahawk cruise missiles. The new submarines showed another step improvement in quieting and an increase in operating speed to allow them to support the CVBG. Escort duties included conducting ASW sweeps hundreds of miles ahead of the CVBG and conducting attacks against the SAG.

SERVICE: As of late 2013, 41 of the class are still in commission and 21 retired from service. Of the 21 retired boats, 14 of them were laid up half way (approximately 17-18 years) through their projected lifespans due to their mid-life reactor refuelling being cancelled. One boat, USS Miami (SSN-755), was retired due to extensive fire damage caused by arson when she was a few months into a maintenance period. A further four boats were proposed by the Navy, but later cancelled.