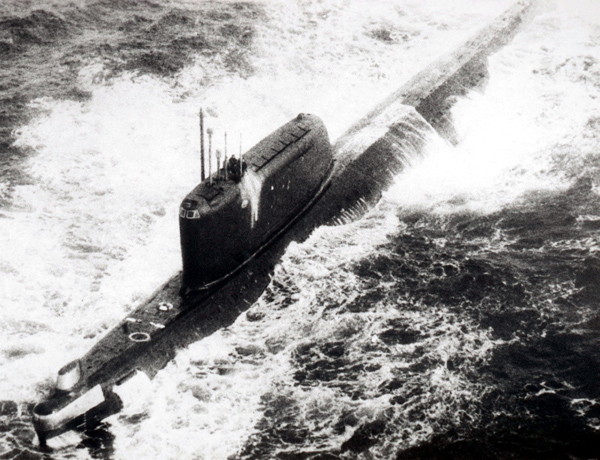 DETAILS: The HOTEL II submarine is a conversion from the HOTEL I SSBN. Originally fitted to carry the surface launched SS-N-4 missile, seven were subsequently converted to carry the underwater launched SS-N-5. One of these was subsequently converted as HOTEL III. The HOTEL class is fitted with the same reactor plant installed in the ECHO and NOVEMBER class submarines.