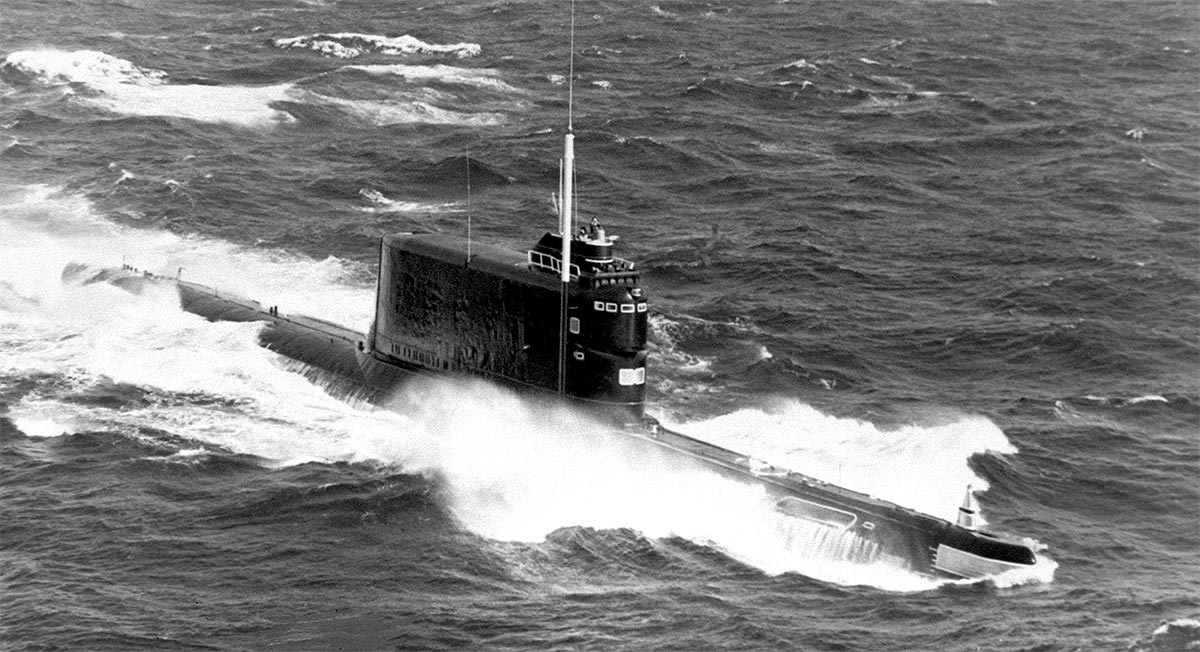 OVERVIEW: The GOLF II (Project 629A) and V class is a diesel-powered ballistic missile submarine.

DETAILS: The GOLF was the first submarine built to launch ballistic missiles. All but one unit of the GOLF II SSB are GOLF I SSB submarines converted in 1965 to operate the submerged launched SS-N-5 SLBM. One GOLF II submarine, the K-129 sank in 1968. Portions of this submarine were recovered by the GLOMAR EXPLORER.