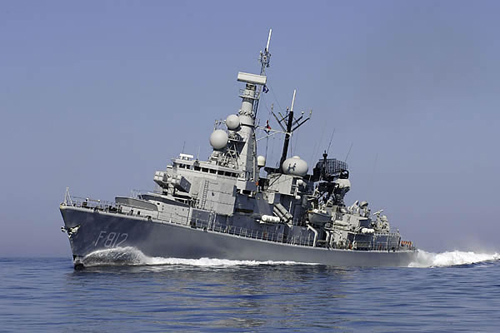 RNlNavy Jacob van Heemskerck Class (2). Two improved Kortenaer Class ships that served between 1986 and 2005 as Air Defense ships (L-Class, L for "Luchtverdediging").
They had an additional missle system and could house more Sea Sparrow missiles (24 in stead of 16 on the S-Class frigattes).
In 2004 and 2005 the ships were sold to the Chilean Navy.