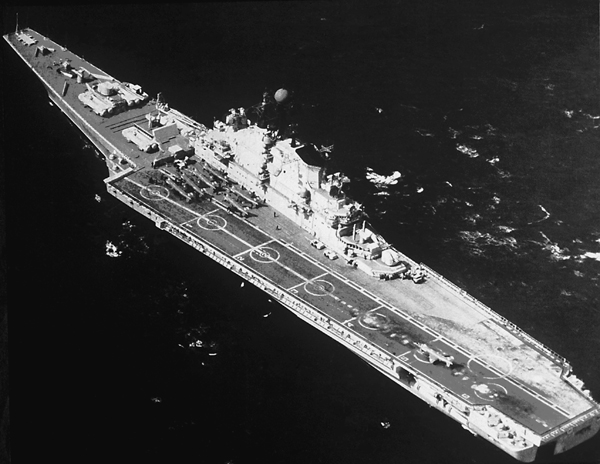 DETAILS: The KIEV class is a hybrid cruiser and aircraft carrier. The KIEV-class was not intended as a counterpart to USN strike carriers. Rather, it was designed to support SSBNs and submarines, conduct ASW missions and support amphibious operations as well as land based ASW and SSC aircraft operations. It lacks arresting gear and a catapult, leaving it capable of operating only VSTOL aircraft and helicopters. This deficiency in striking power is partially compensated by the fitting of the SS-N-12 SHADDOCK missile. Additionally, unlike most other Soviet ships, the KIEV class carries SHADDOCK reloads, enhancing its anti-surface ship capability. Three of the class were sold to China or scrapped. The BAKU/ADMRIAL GORSHKOV was sold to India and remains in active service.