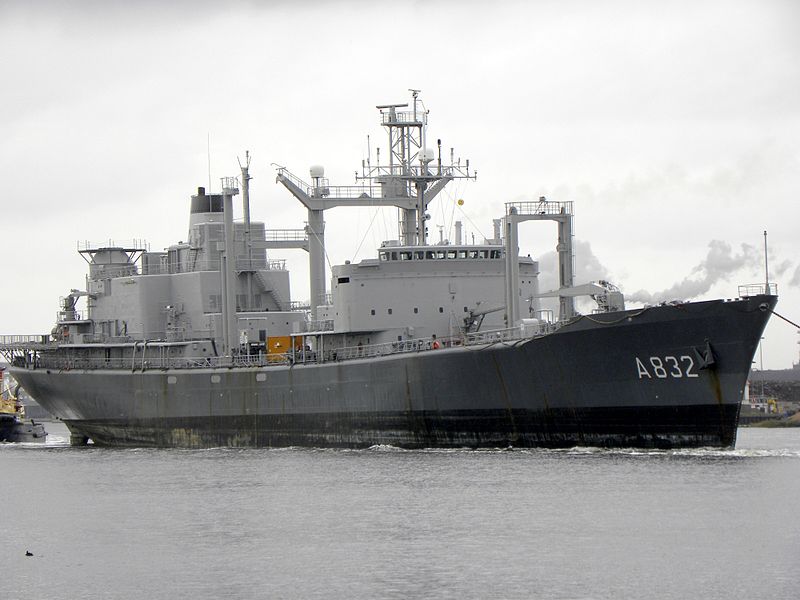 HNLMS Zuiderkruis is a fast replenishmentship of the RNlNavy. Commisioned in 1975 it served in the First Gulf War (1990-1991).
Equiped with a heli-pad and a hangar, it can ship and fly off three helicopters. These can be used for vertical replenishment.
In 2012 it was scrapped. It's ships bell donated to the Dutch kosmonaut André Kuipers who has been the Dutchman closed to the Southern Cross when he was in space.