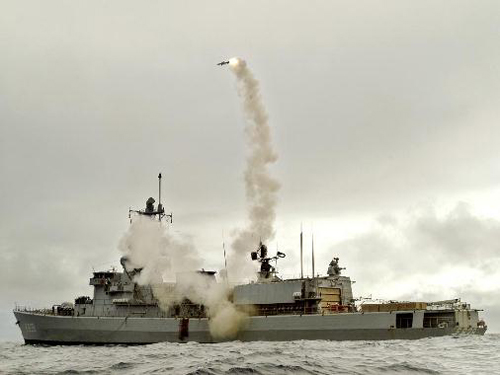 RNlNavy Karel Doorman Class Frigattes (8) served between 1991 - 2010. This class was called M-Class (M for Multi Purpose) and were designed for escort work and ASW duty in the North Sea and Atlantic.
Experiences from the Falklands War resulted in a less angular design to lessen radar reflection.
After the end of the Cold War, the Dutch Navy focusses more on expeditionary work, fighting piracy and inshore work. The M-Class ships are too big, complex and have a relatively big crew.
For that reason they were replaced by simpeler, cheaper and less crew heavy patrol ships (Holland Class) and frigattes of the Zeven Provincien Class.
Two ships were sold to Belgium, two to Chili and two to Portugal.