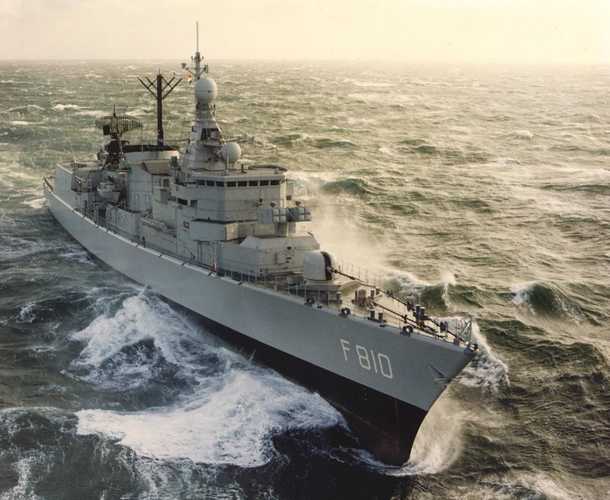 RNlNavy Kortenear Class ships (12) were build in the 1970's and served till the early 21st century.
They were called S-Frigattes (S for standard). Ten of those 12 served with the RNlNavy, two were bought by the Greek Navy while still under construction.
The design was based on the hull of the French Georges Leyguess Class ships and had twin screws (safer in operations than a one screw design).
Radar, engines and weapons were all identical, standardised, to the Tromp Class guided missle frigattes, hence the name S-Class.
Most ships were sold to Greece after the turn of the century, two were sold to the UAE.