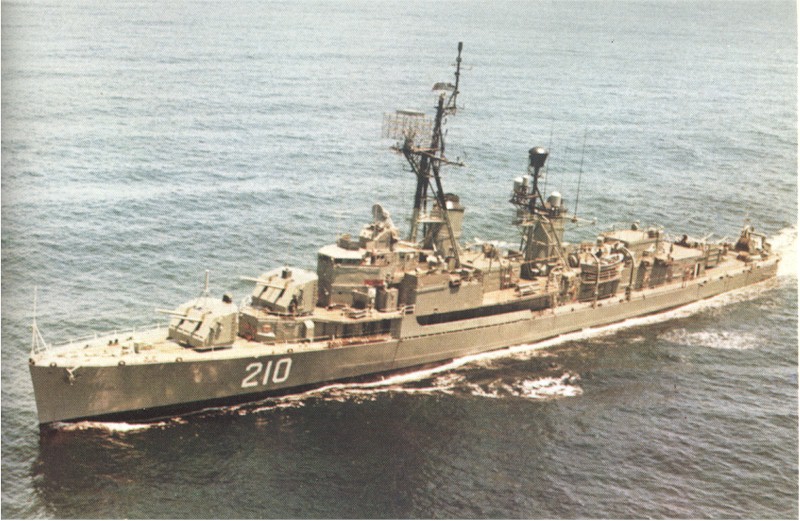 OVERIEW: The Greek Thermistocles class destroyer started out life as a Gearing class destroyer with the US Navy. The Gearing class is a group of 98 destroyers built for the US Navy during and shortly after World War II. The Gearing design was a minor modification of the immediately preceding Allen M. Sumner class. The hull was lengthened 14 ft (4.3 m) amidships, creating more storage space for fuel, thus giving the ships a larger range than the Sumners.

The first Gearings were not ready for service until mid-1945, so they saw relatively little wartime service. They continued serving, with a series of upgrades, until the 1970s. At that time many were sold to other nations, where they served many more years.