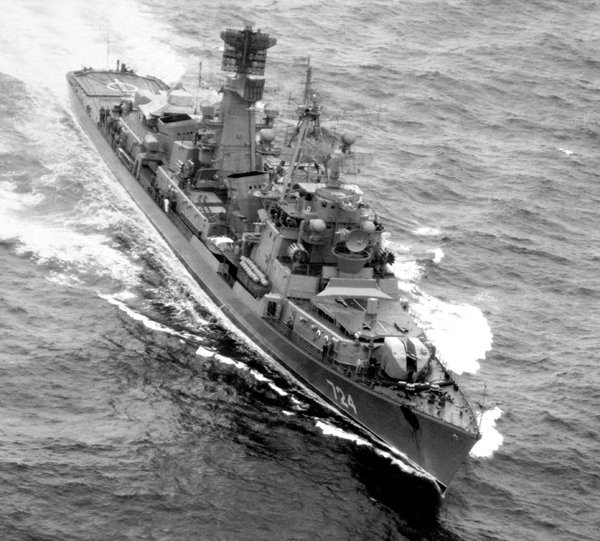 DETAILS: The KASHIN class DDG was the first major warship equipped with gas turbine engines. An additional five hulls were built for export to India. One ship, the OTVAZHNYY was lost after an explosion in her aft SA-N-1 SAM magazine on 30 August 1974. One modified unit remains in service with the Black Sea Fleet. All others were decommissioned between 1989-97.