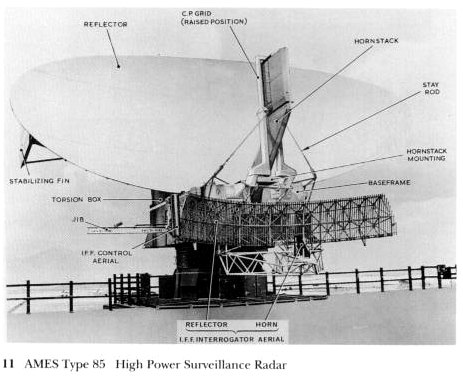 NOTES: Linesman/Mediator was the dual-purpose civil and military radar network in the United Kingdom. Against a background of the Russian H-bomb and supersonic bombers Linesman was the answer to the Cold War defence policies, replacing the earlier ROTOR and Type 80 Master Radar Stations that were the product of World War II. Linesman with a small network of only five large radar sites and an associated control centre near London was the air defence element of the project; Mediator was the civilian air traffic control element.