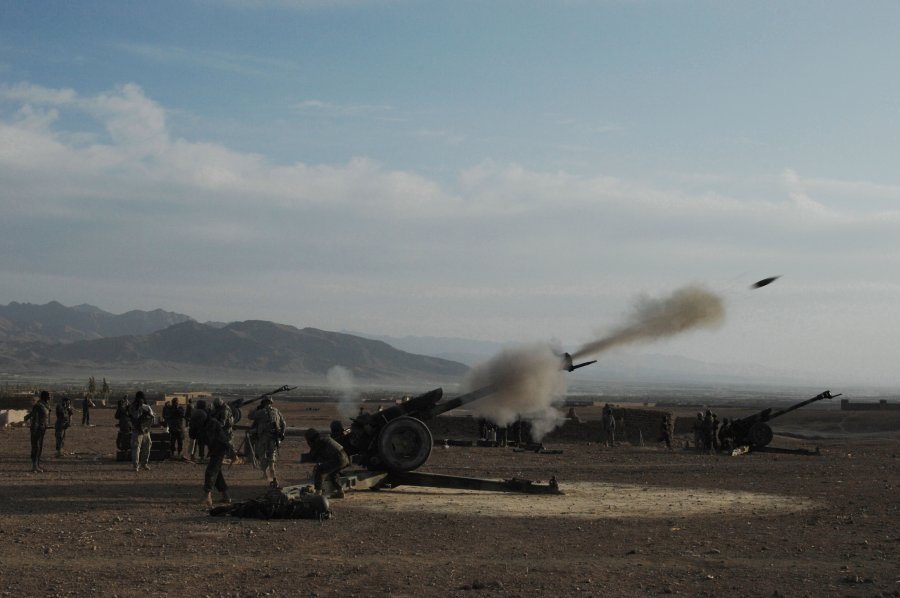 OVERVIEW: The D30 is a Soviet 122mm towed howitzer.

DETAILS: The D-30 is a towed 122m/38 howitzer. It is capable of firing standard high-explosive (HE) rounds, HE Rocket Assisted Projectiles (HE/RAP), Armor-Piercing HE rounds (direct fire), flechette rounds (direct fire), and chemical rounds. Standard ammunition has a range of 15,300m (8.26nm) and HE/RAP rounds have a range of 21,900m (11.82nm). The D-30 has a large number of current and former operators and has been widely exported and produced. It is typically towed by a MTLB or Ural 375 or similar prime mover.

NOTES: The D-30 entered service with the Soviet Army in 1963. It was deployed in the SP Artillery battalions of the tank regiment and motorized rifle regiment as well as the artillery regiment of the airborne division. A battalion of D-30 consists of three batteries of six guns each. The D-30 was mostly replaced by the 2S1 SP Howitzer in the tank and motorized rifle regiments, but some units retained their D-30's long after the appearance of the 2S1. In the offense, Soviet combined arms doctrine would forward deploy D-30 howitzers in battery strength with leading elements of an attacking motorized rifle battalion or tank battalion. Their purpose was to provide heavy direct and/or indirect fire support as soon as enemy contact was made.