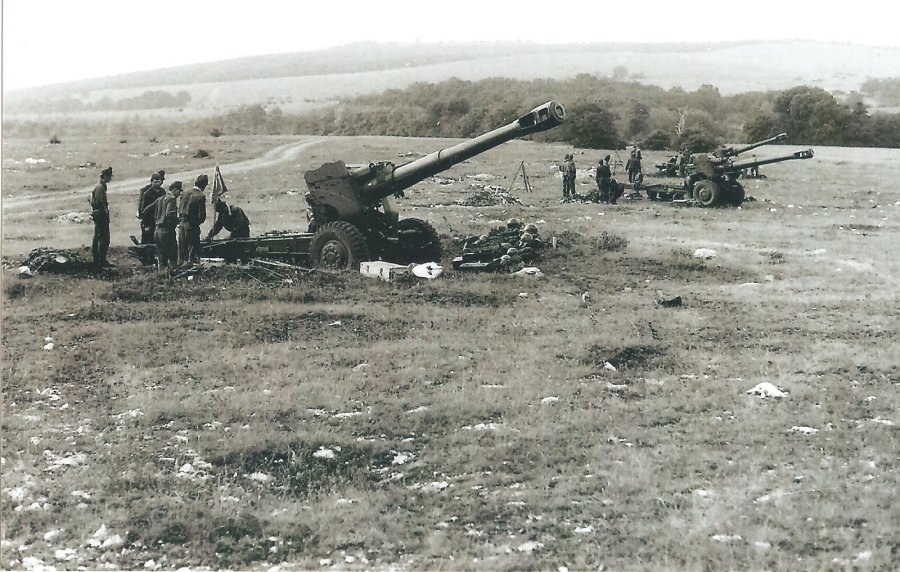 DETAILS: The D-20 towed 152mm gun-howitzer was first seen by the West in 1955. It was designated a gun-howitzer because it had a caliber length greater than 30 (34 caliber) and a muzzle velocity greater than 600m/s. It replaced the 152mm ML-20 (M1937) howitzer which was of WWII origin. The weapon was also the basis for the self-propelled 2S3 152mm howitzer. Standard ammunition is HE-Fragmentation, smoke, illumination, and chemical. Developed later were Dual-purpose Improved Conventional Munitions (DPICM), scatterable mines (AT & AP), flechette, Precision Guided Munitions (PGM), communications jammer, and extended range Rocket Assisted Projectiles (RAP). Normal range is 17,400m (9.4nm) and RAP is up to 24,000m (13nm).