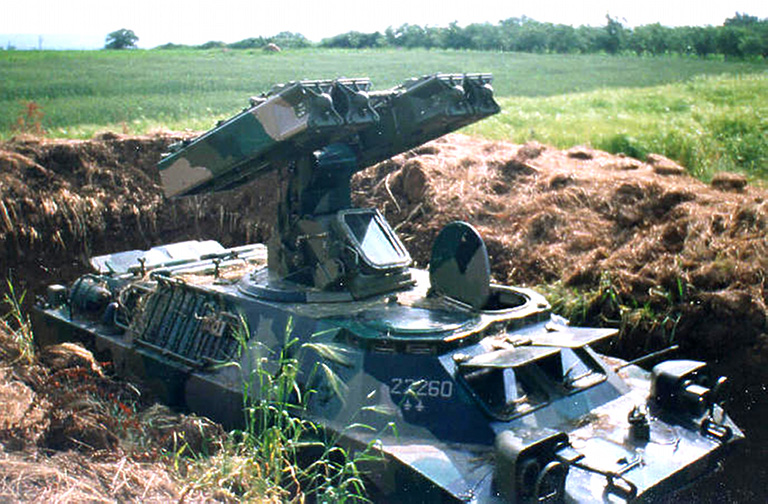 DETAILS: The SA-9 Gaskin / 9k31 Strela-1 utilizes optical target acquisitioning and is fed azimuth, altitude, and range information from the divisional air defense regiment command post's target acquisition radars and then use their optical tracking sights to acquire targets. The original production 9M31 missile was a first-generation uncooled infra-red seeker missile that had limited ability to acquire lock-on of approaching aircraft due to using a photo-contrasting method to achieve lock-on through the seeker head of the missile. The 9M31 was quickly upgraded to the 9M31M variety by 1970, with the newer missile having improved lock-on ability and greater target sensitivity than the original, although the missile still has a considerably reduced range when engaging approaching aircraft. One TEL out of the missile platoon will be an SA-9A and will be equipped with a passive radar detection system similar to a radar warning receiver. This system is known as the 9S16 "FLAT BOX A" and consists of a series of sensors mounted on the outside of the vehicle that provide 360-degrees coverage. The FLAT BOX A is an entirely passive system and is capable of detecting radar emmissions from approaching aircraft and aids in target acquisition with the optical system. This entry represents the SA-9B and does not mount the FLAT BOX A.