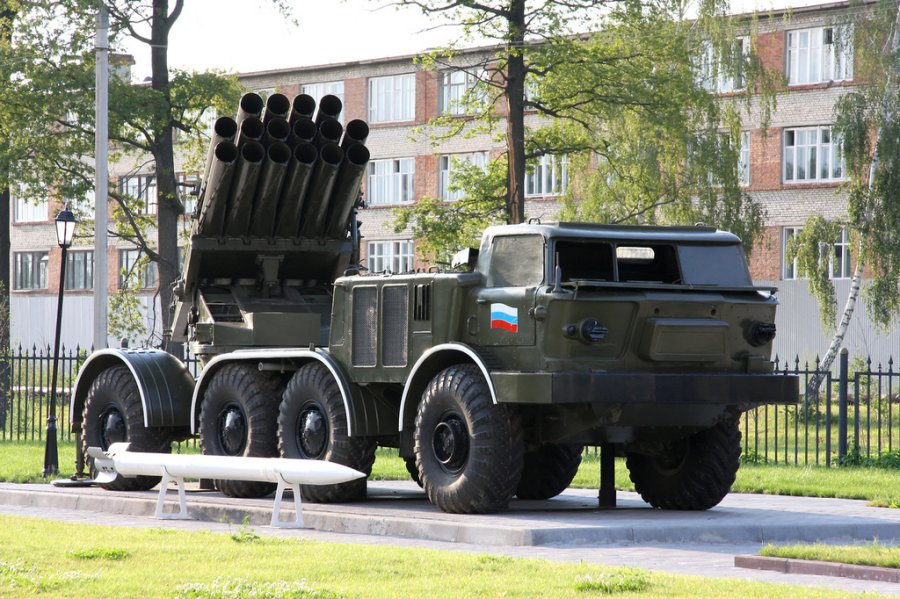 DETAILS: The BM-27 Uragan was developed in the 1970's and was first seen by The West in 1977. It was intended to complement the BM-21 MLRS as a longer range and more powerful rocket delivery system. The Soviets placed great value on rocket launcher artillery based on their experience on the Eastern Front in World War II. The BM-27 consists of 16 220mm rocket tubes mounted on an unarmored Zil-135 8x8 truck chassis. The rocket launcher is sighted in similar fashion to laying a mortar. The 16 rockets can be ripple fired in about 20 seconds. The 220mm rockets are nearly 16 feet long and are capable of being fitted with a variety of warheads to include DPICM, chemical, and scatterable mines.

NOTES: The Soviet front has a rocket launcher brigade with 72 BM-27 in three 24-launcher battalions (four batteries of 6 launchers each) as part of the artillery division. The BM-27 is still in service with the Russian Army and was exported very little compared to the BM-21. Most recent use was during the 2008 War in South Ossetia.