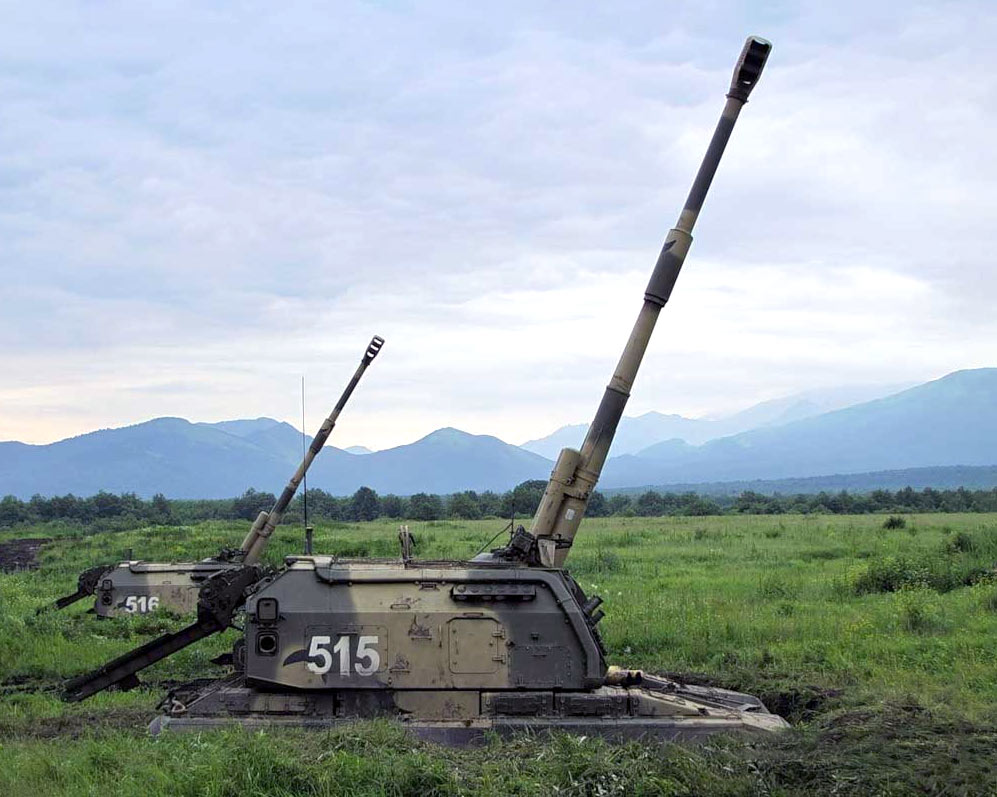 OVERVIEW: The 2S19 Msta-S (Msta is a river in Russia) is a Soviet armored self-propelled long-range 152mm gun.

DETAILS: The 2S19 Msta-S first entered service around 1989. It was developed to provide long range fire support, replacing the 2S3 and 2S5. The 2S19 is a fully armored self-propelled artillery system on a modified T-80 tank chassis which uses a diesel engine instead of the gas turbine normally found on the T-80 tank. The 2S19 is fitted with a 2A64 152mm/48 gun (7.3m long, nearly 24 feet) which is a modified version of the 2A65 towed 152mm/48 gun adapted to a self-propelled mount by the addition of a bore evacuator which reduces the amount of firing gases that expel through the breech after firing. The 2S19 is fully armored and can be fired while buttoned up. It has an automatic loading system capable of firing up to 8 rounds per minute and is also equipped with an external loading system to allow the crew to fire the gun using an ammunition source outside of the vehicle. Standard ammunition consists of HE-Fragmentation with a range of 24,700m (13.3nm), HE-Frag Base Bleed with a range of 29,000m (15.65nm), and HE-Frag RAP with a range of 36,000m (19.4nm). It can also fire HEAT, smoke, illumination, chemical, tactical nuclear, DPICM, scatterable mines, and the Krasnopol/Krasnopol-M Precision Guided Munition.

NOTES: The 2S19 is found in the Soviet Army artillery regiment and Front artillery division, although later in Russian service it replaced the S23 and 2S5 in the divisional artillery regiments. Unlike most Soviet weapons, the 2S19 was rarely exported although it does serve in some of the republics of the former USSR and a small number of other countries. The 2S19 has seen several modernization upgrades over the years.