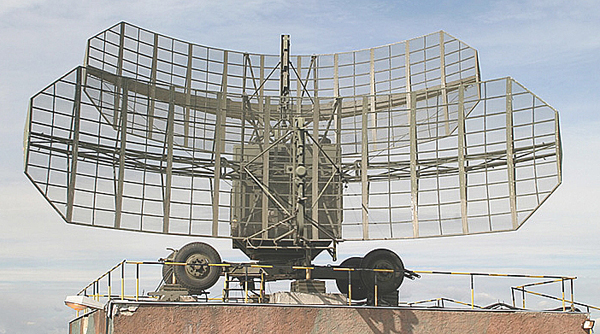 OVERVIEW: The P-35/P-37 BAR LOCK is an early warning ground control radar operating in the E and F bands.

DETAILS: The antenna system of the P-35 is composed of two open frame truncated parabolic antenna accomplishing both transmission and reception, with both antenna are fed by a stacked beam composed of six feed horns. Being mounted on a trailer makes it semi-mobile.

NOTES: The Bar Lock series is one of the most widely exported Soviet-era radars, and remains widely used especially in developing nations.