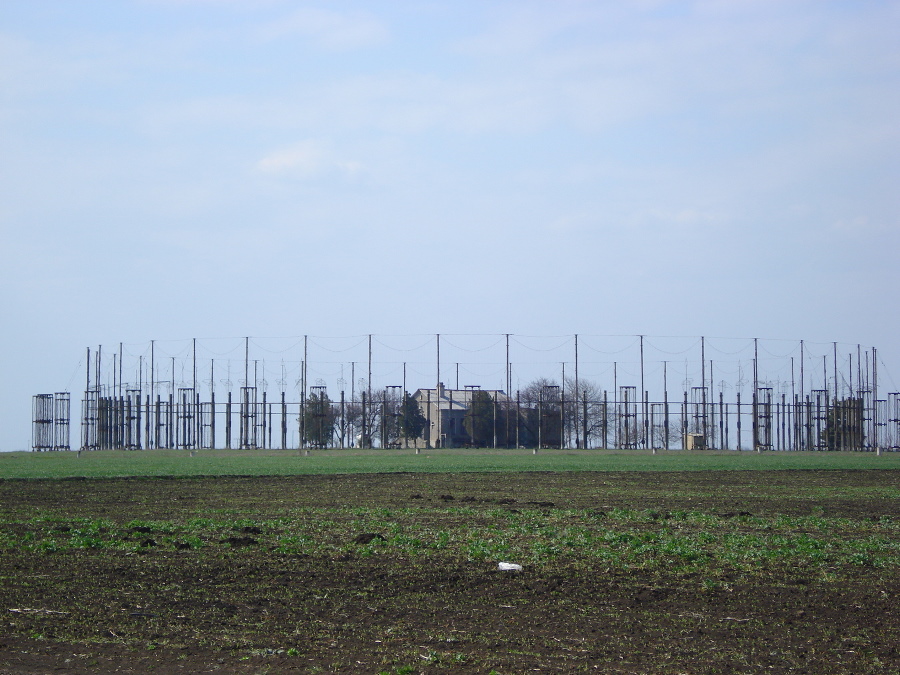 DETAILS: The Krug CDAAs are large circular antenna arrays used for radio height finding/direction finding. The Krug name is derived from the way the large reflecting screen is set up in a circle, sometimes hundreds of meters in diameter, giving it the appearance of an enormous fence or cage. They are sometimes also referred to as "elephant cages". They are used to triangulate radio signals for radio navigation, intelligence gathering, and search & rescue operations. CDAAs were developed by the German Kriegsmarine communications research command during the early years of World War II under a program codenamed "Wullenweber". The first CDAA was built by the Germans in Denmark. After the war, most of the German scientists that developed the CDAA technology were taken to the USA, but some of the lower-level technicians involved with the project were taken to the USSR. The Soviets developed the Krug CDAAs in the 1950's and deployed them operationally well before the US did.

NOTES: The Soviets constructed over 30 Krug sites in the 1950's. Most, if not all are no longer used. There is little information available about what they were used to monitor or track, but they were most likely used to triangulate the locations of over-the-horizon (OTH) Western military radio transmissions. It is known that they were used to track the early Sputnik sattelites which had a signal beacon on board. The Krug sites were able to locate the re-entry vehicles based on the transmitted radio signal.