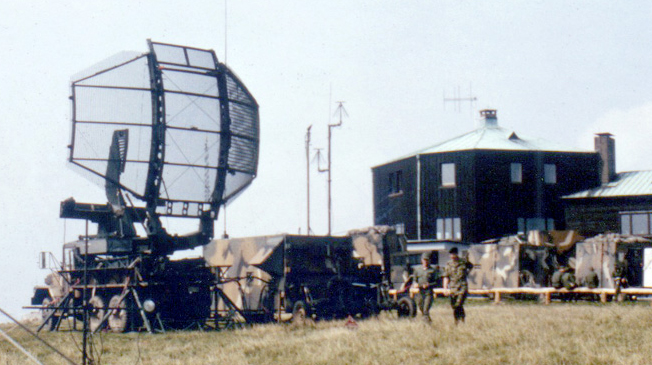 OVERVIEW: AN/TPS-43E is a lightweight air and ground transportable 3-D radar designed for use with manned aircraft or surface-to-air missile batteries.

DETAILS: The AN/TPS-43E is transportable 3-dimensional air search radar. The entire system can be broken down and
packed into two M35 trucks for road transport.

NOTES: The TPS-43E2 was redesignated the AN/TPS-75 which is the current transportable air control and warning (AC&W)
radar used by the United States Air Force. Starting in 1991, most of the US AN/TPS-43 radars were modified to the AN/TPS-75 configuration. The AN/TPS-43E radar was deployed by the Argentine Air Force during the 1982
Falklands War and survived two British attacks with AGM-45 Shrike anti-radar missiles. One of
the radars was captured by British forces after the Argentine surrender and deployed at RAF Buchan.