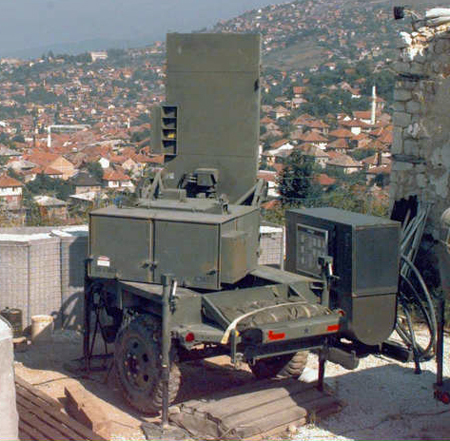 DETAILS: The AN/TPQ-36 is designed to detect and track incoming artillery and rocket fire to determine the point of origin for counterbattery fire. The radar is typically trailer mounted and towed by a 4x4 vehicle like Humvee.