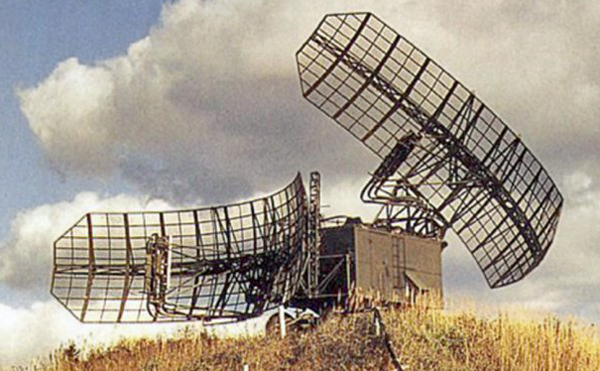 OVERVIEW: The P-30 is a semi-mobile early warning ground control and interception radar operating in the E and F band.

DETAILS: The antenna system of the P-30 is composed of two open frame truncated parabolic antenna accomplishing both transmission and reception. Both antennas are fed by a stacked beam composed of six feed horns. The radar uses two antennas to determine target altitude by the V-beam system with azimuth scanned mechanically.

NOTES: The P-30 is a semi-mobile radar consisting of a trailer mounting the control cabin and transmitter equipment and two trucks carrying the power supply equipment and antenna trailers. The P-30 was developed in 1955.