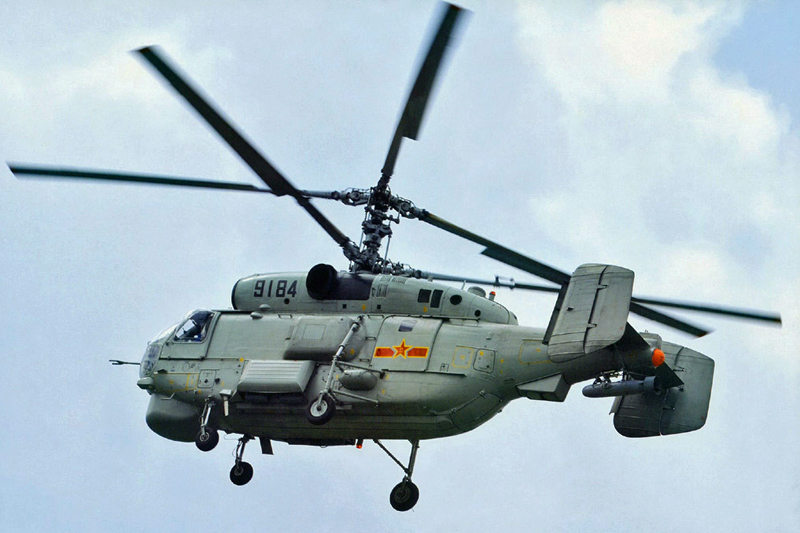 OVERVIEW: The Kamov Ka-27 (NATO reporting name 'Helix') is a military helicopter developed for the Soviet Navy, and currently in service in various countries including Russia, Ukraine, Vietnam, People's Republic of China, Republic of Korea (South Korea), and India. Variants include the Ka-29 assault transport, the Ka-28 downgraded export version, and the Ka-32 for civilian use.

DETAILS: The helicopter was developed for ferrying and anti-submarine warfare. Design work began in 1969 and the first prototype flew in 1973. It was intended to replace the decade-old Kamov Ka-25, and is similar in appearance to its predecessor due to the requirements of fitting in the same hangar space. Like other Kamov military helicopters it has coaxial rotors, removing the need for a tail rotor.

Since the 1990s, China has purchased the Ka-28 export version and Ka-31 radar warning version for the PLAN fleet. Ka-31 purchases were first revealed in 2010, it is believed that Chinese Ka-28s have been equipped with more enhanced avionics compared to Ka-28s exported to other countries.