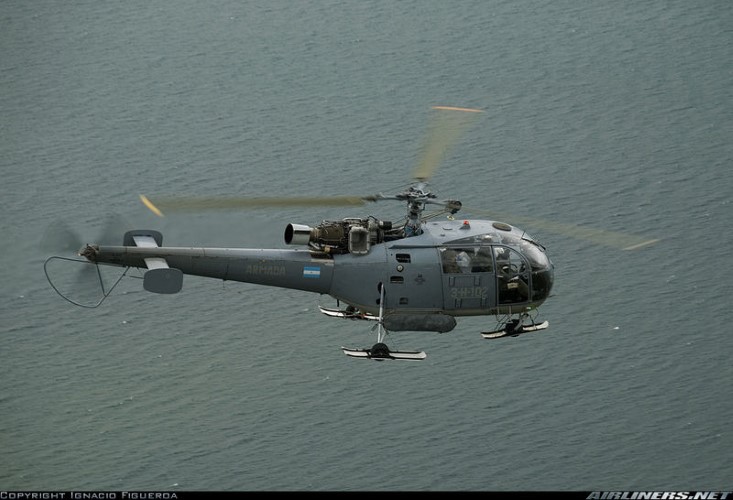 The Aérospatiale Alouette III is a single-engine, light utility helicopter developed by Sud Aviation. It was manufactured by Aérospatiale of France, and under licence by Hindustan Aeronautics Limited in India as Hal Chetak and Industria Aeronautica Româna in Romania.
The Alouette III is the successor to the Alouette II, being larger and having more seating
The Argentine Naval Aviation purchased 14 helicopters. One SA316B was on board the ARA General Belgrano when she was sunk by the HMS Conqueror's torpedoes during the Falklands War with Great Britain in 1982 and a second one played an important role during the Invasion of South Georgia. On 2 December 2010, the last example was retired at a ceremony held at BAN Comandante Espora, Bahía Blanca.
http://en.wikipedia.org/wiki/Alouette_III