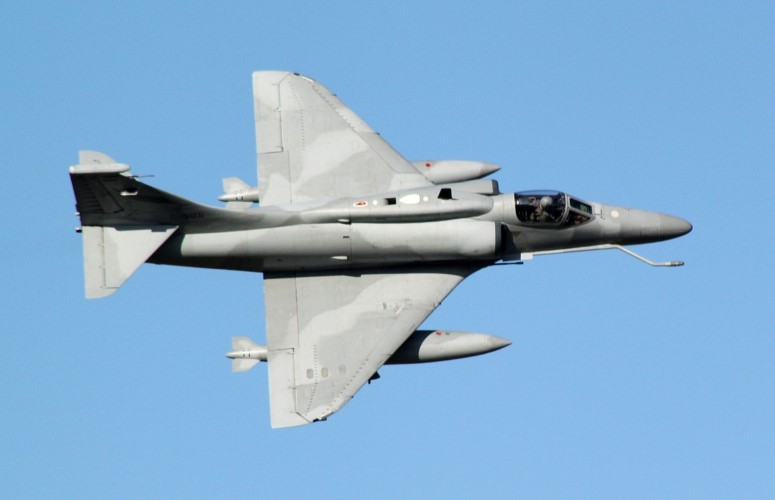 The Douglas A-4 Skyhawk is a carrier-capable attack aircraft developed for the United States Navy and United States Marine Corps. The delta winged, single-engined Skyhawk was designed and produced by Douglas Aircraft Company, and later by McDonnell Douglas. It was originally designated the A4D under the U.S. Navy's pre-1962 designation system.
The Lockheed Martin A-4AR Fightinghawk is a major upgrade of the McDonnell Douglas A-4M Skyhawk attack aircraft developed for the Argentine Air Force which entered service in 1998. The program was named Fightinghawk in recognition of the F-16 Fighting Falcon, which was the source of its new avionics.
http://en.wikipedia.org/wiki/Lockheed_Martin_A-4AR_Fightinghawk