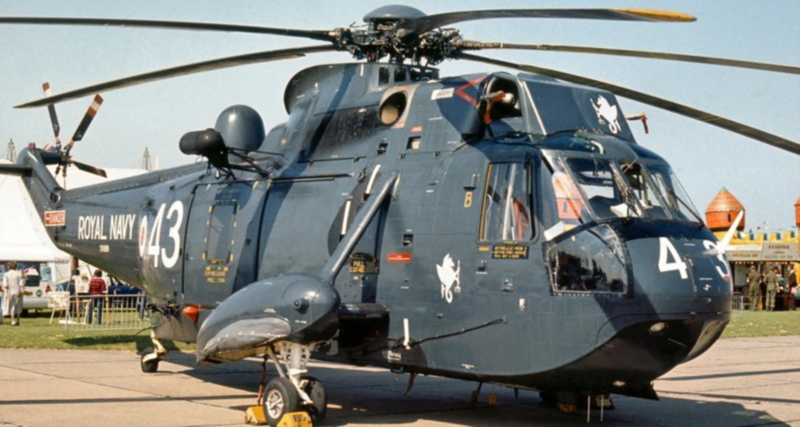 Westland manufactured the Sea King under license from 1969 until 1997. Its products were significantly different to the Sikorsky variants and hence are listed separately here. Developed to replace the Wessex in the ASW role the Sea King HAS.1 was powered by a pair of Rolls-Royce Gnome turbo shafts, and featured British avionics, search radar, dunking sonar and signal processors. The improved HAS.5 was produced from 1980 and introduced Sea Searcher radar and ESM systems while the HAS.6 has featured improved processors and ESM. As well as the ASW role the Sea King also operates in the AEW role as the Sea King AEW.2 Searchwater radar mounted in radome that swivels up out of the way when landing. These aircraft are being upgraded to AEW.7 standard with Searchwater 2000 radar, JTIDS, colour displays and INS and GPS navigation equipment. The Royal Navy also operates HAR.5 and the RAF HAR.3 and 3A SAR variants while the Commando is a troop transport variant with no ASW gear.