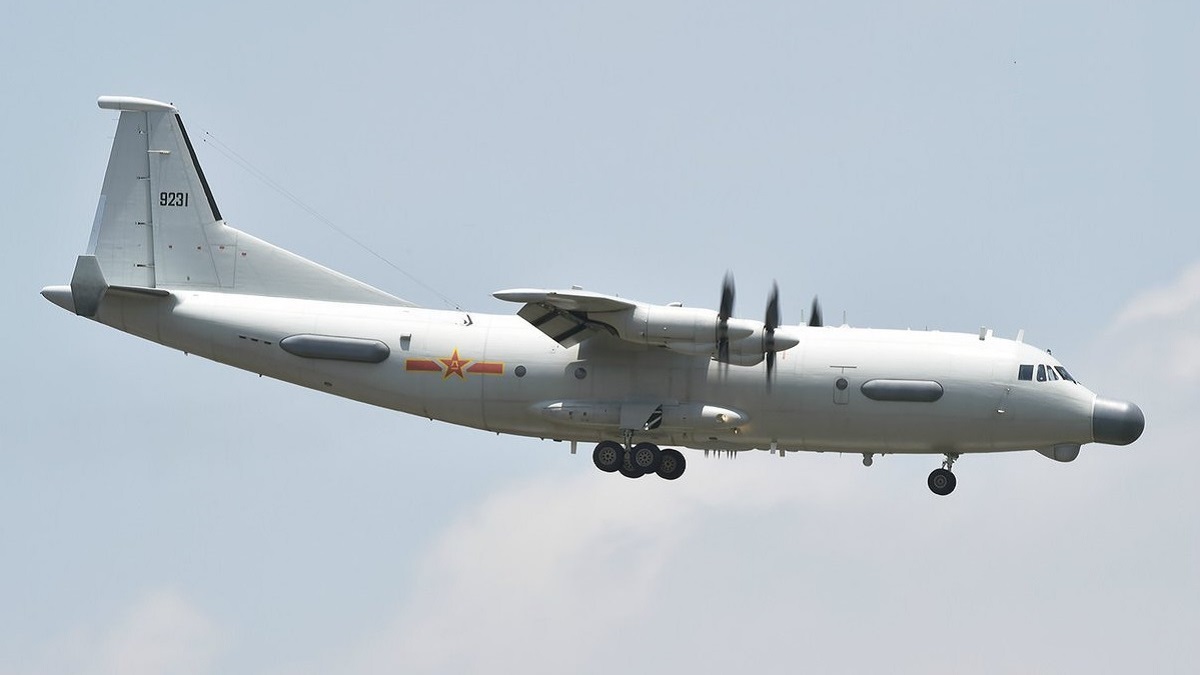 This newest member of the "High New" series was first spotted in April 2011 at CFTE (S/N 720?). Unlike Y-8W, Y-9JB is based on the new Y-9 platform powered by four WJ-6C turboprop engines with 6-blade high efficiency propellers. As an EW aircraft it features four large rectangular shaped ELINT antennas on both sides of the forward and rear fuselage. Additional antennas are installed inside fairings at the wingtips, beneath and on top of the mid-fuselage, on top of the vertical tailfin, underneath the nose as well as inside the nose/tail cone. Four blade antennas are installed on top of the wing near the wing root. An EO turret (containing FLIR/TV) is also mounted underneath the fuselage for surveillance purpose. Y-9JB has been speculated as an advanced ELINT platform similar to American EP-3. At least two High New 8 were constructed by spring 2012. The newly constructed aircraft now features two additional small vertical stabilizing fins on its tail. The first Y-9JB entered the service with PLAN in early 2013. Currently at least three are in service (S/N 9211, 9221, 9241). They have been flying routine ELINT missions over the East China Sea facing Japan.