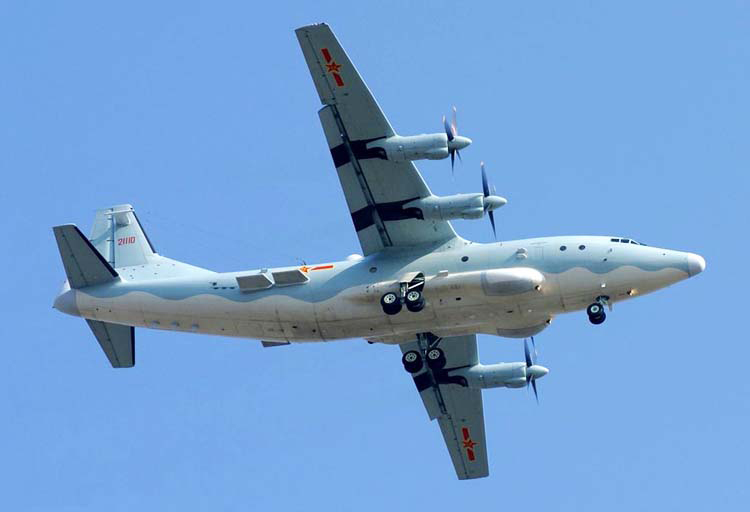 Y-8X is PLAN's first long-range maritime patrol aircraft (range 5,000km). It is equipped with an American Litton AN/APS-504(V)3 surface search radar in an enlarged undernose radome plus western navigational systems for long range patrols over the sea. The aircraft also carries optical and IR cameras. Around 3 Y-8Xs are believed in service with PLA Naval Aviation (S/N 9261-9291, 9281 later converted to Y-8J) stationed in Shangdong Province. They have been carrying out routine long-range intelligence gathering missions near the coast of Japan and South Korea, prompting interceptions by F-15s and F-16s from the two countries. Some Y-8Xs (Y-8XG? 9271 & 9291) have been upgraded with a FLIR turret installed underneath the forward fuselage as well as small bar-shaped antennas on both sides of the forward fuselage. A canoe shaped fairing plus a couple blade antennas were seen attached to the bottom of middle and aft fuselage, suggesting the aircraft's ELINT mission has been further enhanced with possibly a new SAR capability.