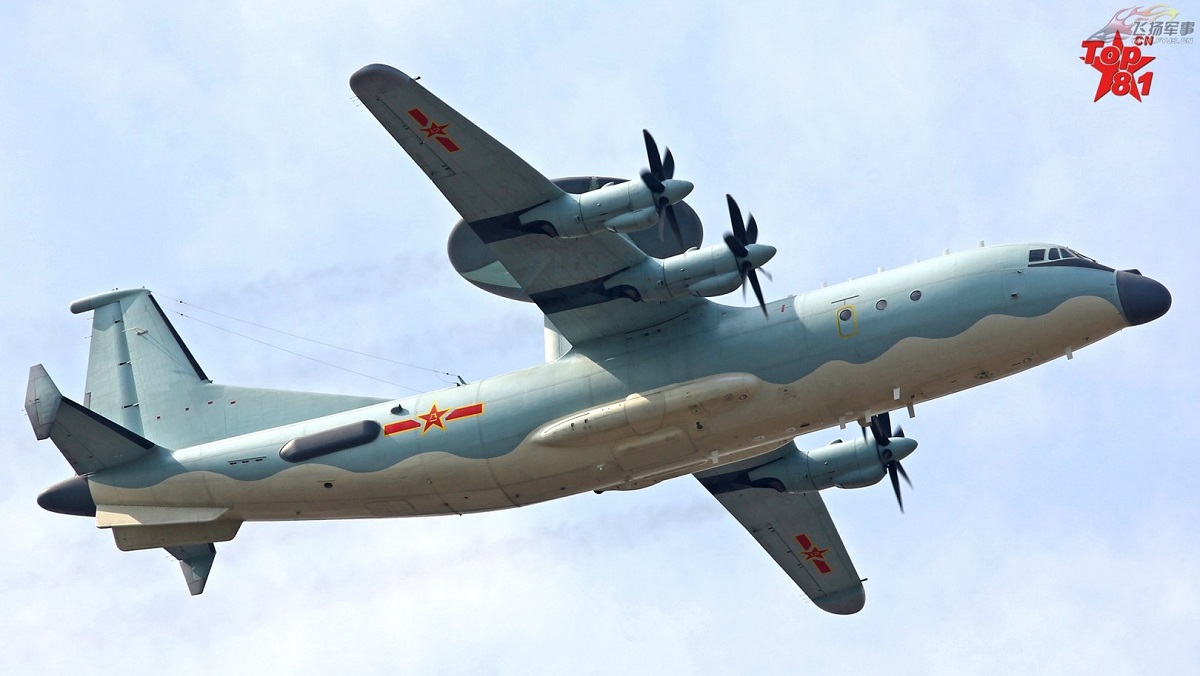 After the success of KJ-200, the next generation medium-sized AWACS (KJ-500/High New 9) has been developed at SAC since late 2000s. Based on the Y-9 platform and some hardware of KJ-200, the original "balance beam" radar antenna was replaced by a fixed rotodome containing three AESA antennas arranged in a triangular configuration, a design similar to that of KJ-2000 in order to provide a full 360° coverage. The radar is still the product of the 38th Institute. Rotodomes of different shapes were evaluated onboard a Y-8CE radar testbed, and a circular dish shape was selected as the final configuration. A SATCOM antenna has been integrated to the top of the rotodome as well. It also has large nose and tail radomes which could house additional radar antennas to cover both forward and rear hemispheres. Similar to High New 8, it features two large rectangular bar shaped fairings housing ELINT antennas on both sides of the rear fuselage. Therefore the aircraft can fly the ELINT mission as well. Unlike KJ-200, two additional ventral stabilizers were attached to the tail in order to further enhance stability during the flight. At least two KJ-500 prototypes (#737) were constructed by late 2013. KJ-500 is speculated to be in the same class of KJ-2000 in terms of AEW capability and is expected to replace KJ-200. The first KJ-500 entered the service with PLAAF 26th Division at the end of 2014.