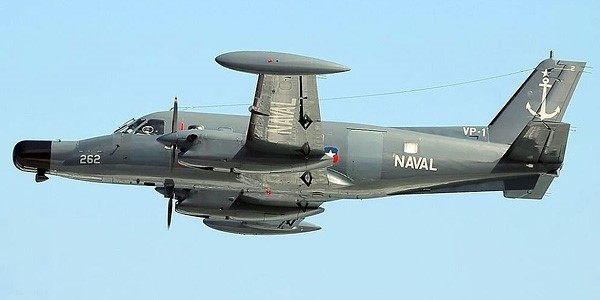 The Embraer EMB 110 Bandeirante is a general purpose 15-21 passenger twin-turboprop light transport aircraft suitable for military and civil duties. It was manufactured by the Brazilian corporation, Embraer.
EMB 111A - Maritime patrol version for the Brazilian Air Force. The aircraft also has the Brazilian Air Force designation P-95 Bandeirulha. Two were leased to the Argentine Navy during the Falklands War due to the retirement of their last SP-2H Neptune and until the introduction of modified L-188 Electras.
http://en.wikipedia.org/wiki/Embraer_EMB_110_Bandeirante