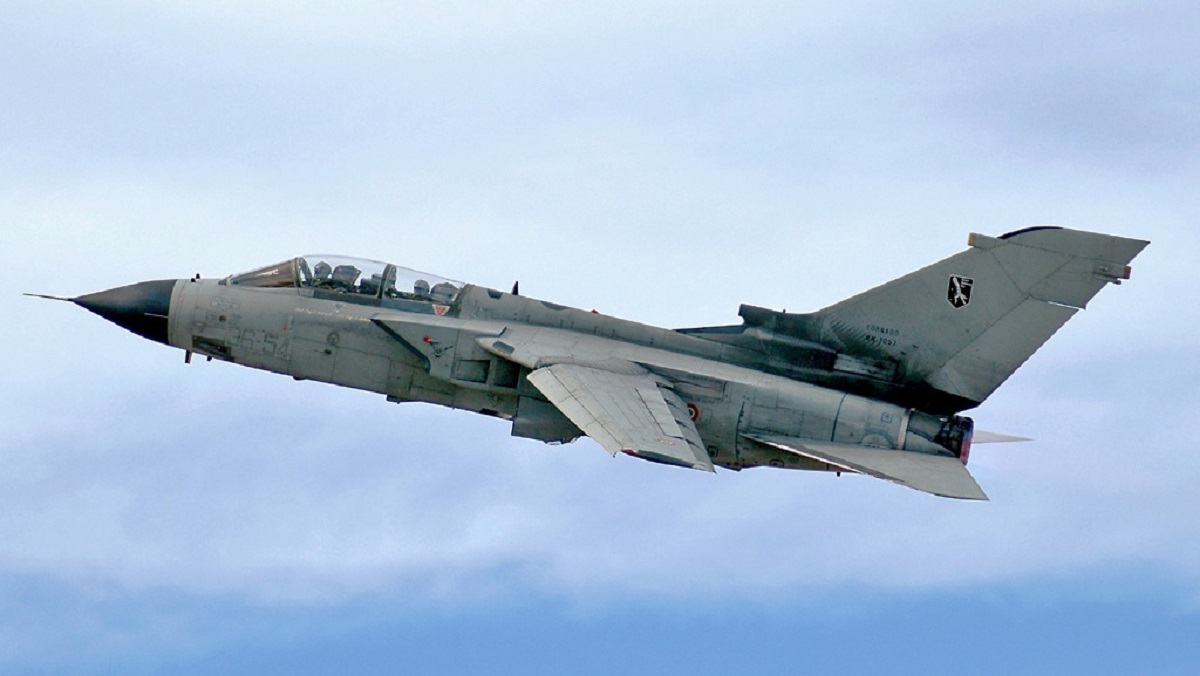 DETAILS: The Tornado was developed and built by Panavia Aircraft GmbH, a tri-national consortium consisting of British Aerospace (previously British Aircraft Corporation), MBB of West Germany, and Aeritalia of Italy. It first flew on 14 August 1974 and was introduced into service in 1979-1980. Due to its multirole nature, it was able to replace several different fleets of aircraft in the adopting air forces. The Royal Saudi Air Force (RSAF) became the only export operator of the Tornado in addition to the three original partner nations. A tri-nation training and evaluation unit operating from RAF Cottesmore, the Tri-National Tornado Training Establishment, maintained a level of international co-operation beyond the production stage.

The Panavia Tornado is a multirole, twin-engined aircraft designed to excel at low-level penetration of enemy defences. The mission envisaged during the Cold War was the delivery of conventional and nuclear ordnance on the invading forces of the Warsaw Pact countries of Eastern Europe; this dictated several significant features of the design. Variable wing geometry, allowing for minimal drag during the critical low-level dash towards a well-prepared enemy, had been desired from the project's start. Advanced navigation and flight computers, including the then-innovative fly-by-wire system, greatly reduced the workload of the pilot during low-level flight and eased control of the aircraft. For long range bombing missions, the Tornado has a retractable refuelling probe.

As a multirole aircraft, the Tornado is capable of undertaking more mission profiles than the anticipated strike mission; various operators replaced multiple aircraft types with the Tornado as a common type - the use of dedicated single role aircraft for specialist purposes such as battlefield reconnaissance, maritime patrol duties, or dedicated electronic countermeasures (ECM) were phased out - either by standard Tornados or modified variants, such as the Tornado ECR. The most extensive modification from the base Tornado design was the Tornado ADV, which was stretched and armed with long range anti-aircraft missiles to serve in the interceptor role.

The Tornado operators have chosen to undertake various life extension and upgrade programmes to keep their Tornado fleets as viable frontline aircraft for the foreseeable future. The RAF and RSAF have upgraded their Tornados to the GR4 standard to increase combat effectiveness, while German Tornados have been undergoing periodic upgrades under the multi-stage ASSTA (Avionics System Software Tornado in Ada) programme. With these upgrades, as of 2011, it is projected that the Tornado shall be in service until 2025, more than 50 years after the first prototype took flight.