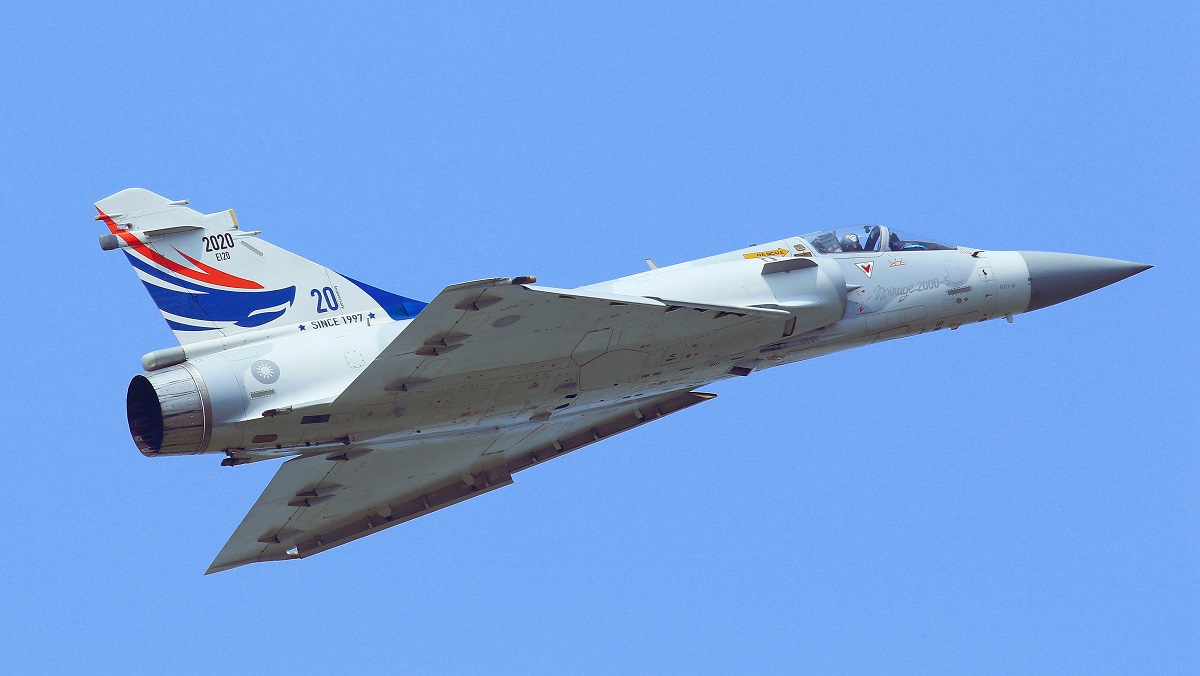 OVERVIEW: The Dassault Mirage 2000 is a French multi-role, single-engine fourth-generation jet fighter manufactured by Dassault Aviation. It was designed in the late 1970s as a lightweight fighter based on the Mirage III for the French Air Force. The Mirage 2000 evolved into a multi-role aircraft with several variants developed, with sales to a number of nations. The variants include the Mirage 2000N and 2000D strike variants, the improved Mirage 2000-5 and several export variants. Over 600 aircraft were built and it has been in service with nine nations.

DETAILS: The Mirage 2000 is available as a single-seat or two-seat multi-role fighter. The pilot flies the aircraft by means of a centre stick and left hand throttles, with both incorporating (HOTAS) controls. The pilot sits on a SEM MB Mk10 zero-zero ejection seat. Unlike in the F-16, the pilot sits in a conventional position, without the steep backward slope of the F-16 seat. The cockpit is quite small, however the visibility is acceptable for purpose.

The aircraft has a redundant fly-by-wire automatic flight control system, providing a high degree of agility and easier handling, together with stability and precise control in all situations. The fighter's airframe is naturally unstable, and so it is coupled with FBW commands to obtain the best agility; however, in override mode it is still possible to exceed a 270 deg/sec roll rate and allows the aircraft to reach 11 g (within the 12 g structural limit), instead of 9 g when engaged.

Thomson-CSF RDM multi-mode radar or Dassault Electronique/Thomson-CSF RDI pulse-Doppler radar for the Mirage 2000C/D, each with an operating range of 54 nm (100 km / 62 miles). This unit was an evolution of Cyrano radars, with more modern processing units and look-down/shoot-down capabilities. The effective range is around 60-70 km with modest capabilities against low-level targets. It is linked with Super R.530F missiles, and equipped the first 37 aircraft delivered to the French Air Force and most exported Mirages. It has multirole capabilities that enable its use in air-to-surface tasks, including anti-ship roles. Some recent export versions carry the Thales RDY (Radar Doppler Multitarget) developed for the Mirage 2000-5.