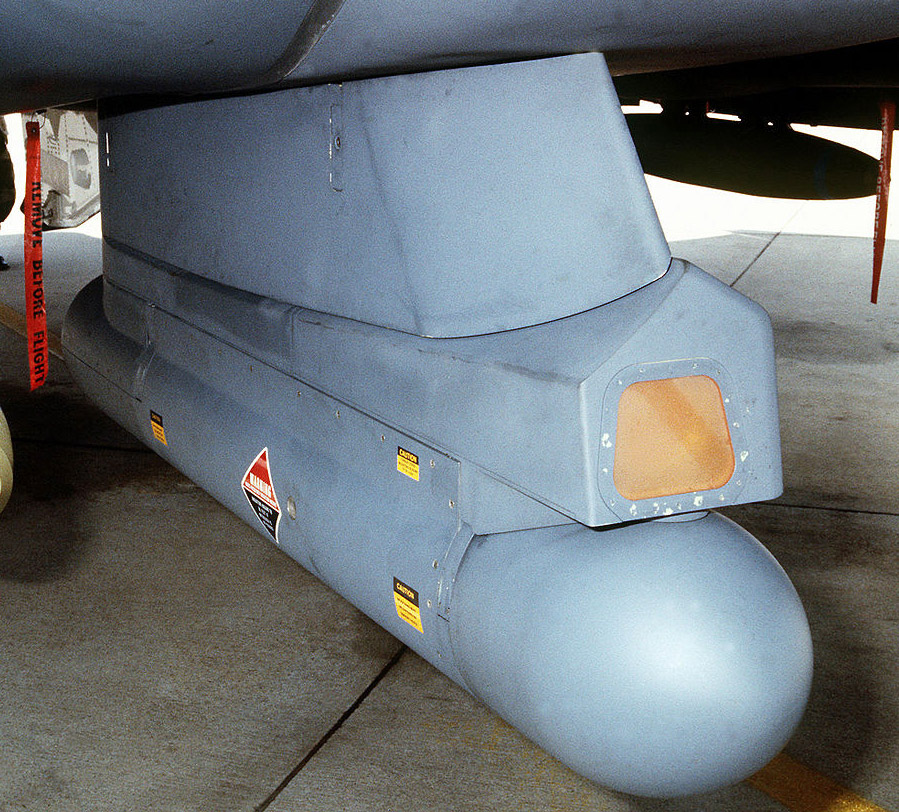 OVERVIEW: The AN/AAQ-13 is the navigation pod portion of the combined AAQ-13/AAQ-14 Low Altitude Navigation and Targeting Infrared for Night (LANTIRN) system. The AN/AAQ-13 pod allows equipped aircraft to fly at low altitudes at night and under-the-weather to attack ground targets.

DETAILS: The LANTIRN system consists of two separate but integrated pods mounted externally beneath the aircraft. The AN/AAQ-13 system is the autonomous navigation subsystem portion of the LANTIRN system. The navigation subsystem uses a Ku-band terrain-following radar (TFR) (AN/APN-237A), and a wide field-of-view (WFOV) forward-looking infra-red sensor that displays an infrared image of the terrain in the aircraft’s head-up display, enabling the aircraft to maintain a pre-selected altitude above the ground and avoid obstacles.

NOTES: The AN/AAQ-13 navigation pod provides high-speed penetration and precision attack on tactical targets at night and in adverse weather. Initial deliveries began in March 1987. It has been deployed on the F-16C/D, F-15E/I/S and F-14 aircraft. It has also been purchased by Belgium, Portugal, Holland, Norway and Denmark for use on their F-16s.