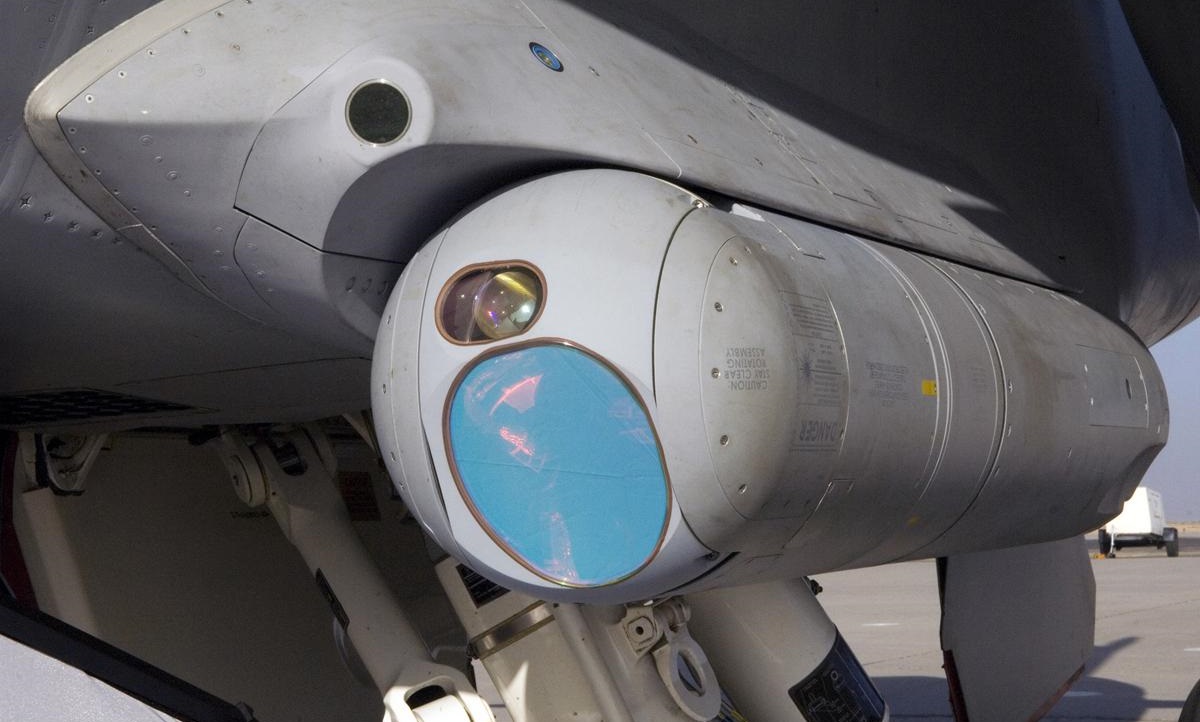 DETAILS:
ATFLIR is 72 in (183 cm) long, weighs 420 lb (191 kg), and has a slant range of 30 mi (48 km), said to be useful at altitude of up to 50,000 ft (15,240 m). It has fewer parts than many previous systems, which is intended to improve serviceability (although early examples, in service with VFA-115 'Eagles' in 2003 experienced problems). Crews indicate that it offers much greater target resolution and image accuracy than previous systems.

ATFLIR presently is used only by the US Navy on the F/A-18E/F Super Hornet and the earlier F/A-18C/D and with Marine F/A-18C's when deployed onboard aircraft carriers. It is normally carried on one of the fuselage stations otherwise used for AIM-120 AMRAAM missiles. 410 pods were delivered to the US Navy. Pods have also been delivered to Switzerland and Australia, and six pods will be delivered to Malaysia.