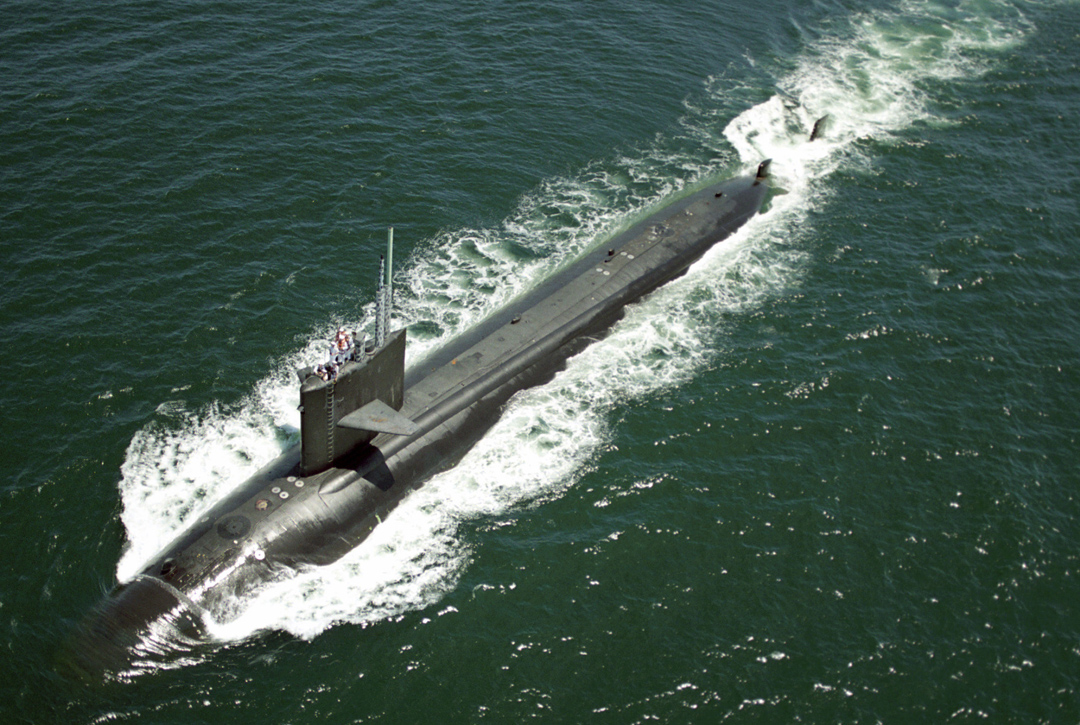 OVERVIEW: The Sturgeon-class (colloquially in naval circles, known as the 637-class) was a class of nuclear-powered fast attack submarines (SSN) in service with the United States Navy from the 1960s until 2004. They were the "work horses" of the submarine attack fleet throughout much of the Cold War.

DETAILS: The Sturgeons were essentially lengthened and improved variants of the Thresher/Permit class that directly preceded them. The biggest difference was the much larger sail, which permitted the return of intelligence gathering masts to U.S. nuclear submarines. The fairwater planes mounted on the sail could rotate 90 degrees, allowing the submarine to surface through thin ice. Because the S5W reactor was used, the same as in the Skipjacks and Thresher/Permits, and the displacement was increased, the Sturgeons' top speed was 26 knots (48 km/h), 2 knots slower than the Thresher/Permits. The last nine Sturgeons were lengthened 10 feet (3 m) to provide more space for intelligence-gathering equipment and to facilitate the use of dry deck shelters.

ARMAMENTS: They were equipped to carry the Harpoon missile, the Tomahawk cruise missile, the UUM-44 SUBROC, the MK37 SLMM and MK 60 CAPTOR mines, and the MK-48 and ADCAP torpedoes. Torpedo tubes were located amidships to accommodate the bow-mounted sonar. The bow covering the sonar sphere was made from steel or glass reinforced plastic (GRP), both varieties having been produced both booted and not booted. Booted domes are covered with a half-inch layer of rubber. The GRP domes improved the bow sonar sphere performance; though for intelligence gathering missions, the towed-array sonar was normally used as it was a much more sensitive array.

SERVICE: The boats were phased out in the 1990s and early 21st century, as their successors, the Los Angeles, followed by the Seawolf and Virginia-class boats, entered service.

VARIANTS: Beginning with Archerfish, units of this class had a 10-foot (3 meter) longer hull, giving them more living and working space than previous submarines. Parche received an additional 100-foot (30 meter) hull extension containing cable tapping equipment that brought her total length to 401 feet (122 m). A number of the long hull Sturgeon-class SSNs, including Parche, Rivers, and Russell were involved in top-secret reconnaissance missions, including cable tap operations in the Barents and Okhotsk seas.

A total of seven boats were modified to carry the SEAL Dry Deck Shelter (DDS). The DDS is a submersible launch hangar with a hyperbaric chamber attached to the ship's weapon shipping hatch. DDS-equipped boats were tasked with the covert insertion of special forces troops.