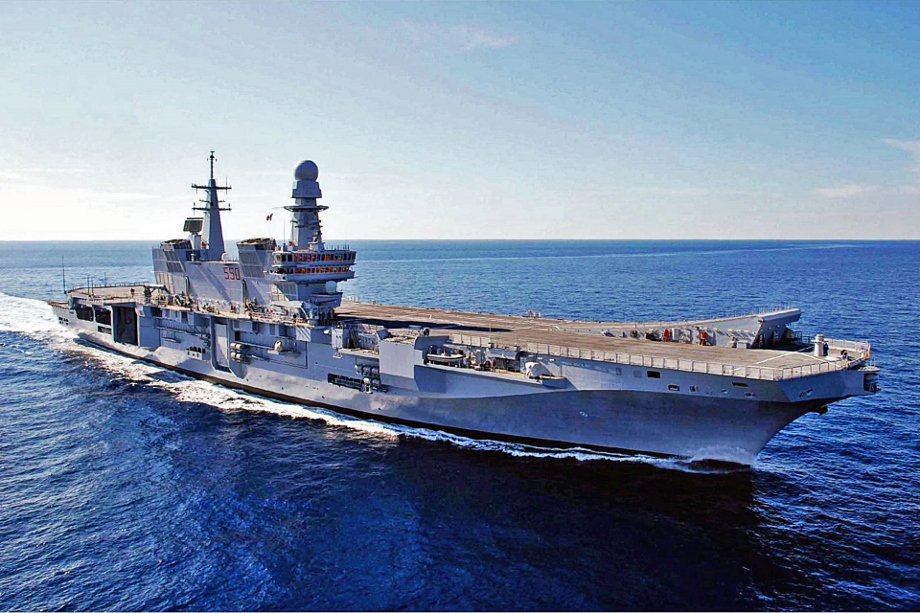 In 1985, the Italian navy began planning for a follow-on to it’s first aircraft carrier, Giuseppe Garibaldi. Beyond a desire for more ships, the reasoning was to avoid “key capability loss” which results when a navy possessing only a single ship of a capital type has that ship enter refit, meaning an entire strategy is missing during the refit period. The Cavour project was dogged first by funding shortfalls and then overall budget cuts following the end of the cold war. The design morphed several times; first from an enlarged Garibaldi, then to a helicopter-only LPH, then to a possible off-the-shelf purchase of an American Wasp class unit, finally back to a true aircraft carrier design.