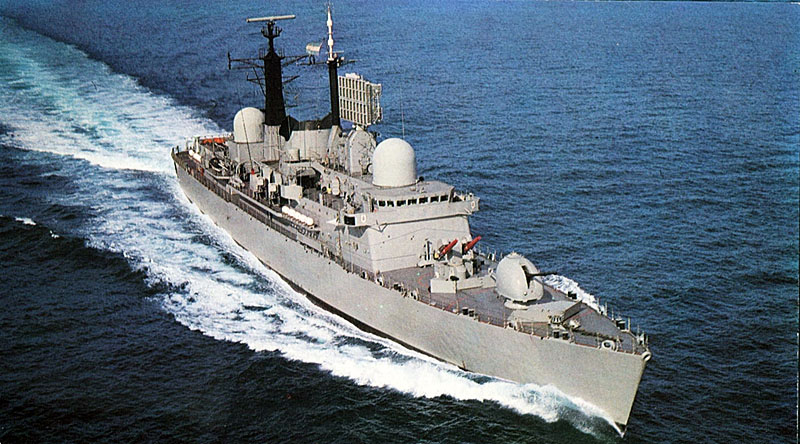 DETAILS: The HERCULES class is an exported Type 42 Batch 1 DDG. As built, it was identical to the initial Type 42 units commissioned by the Royal Navy. The Argentine Navy upgraded the warship by enhancing her offensive capabilities with MM-38 Exocet missiles. The Type 42 was designed to provide area air defense for a task force. The class used a combined gas or gas (COGOG) to power its two shafts. In this system, a high efficiency, low output turbine is used for cruising speeds with a high output turbine being used for high-speed operations.

NOTES: Units in class: HERCULES (D1, ex-28); SANTISIMA TRINADAD (D2). Six units were also operated by the Royal Navy. Initially
conceived as a lighter and cheaper alternative to the Type 82, while maintaining much of the Type 82's capabilities. In 2000, the
HERCULES was modified to allow the embarking 238 marines, giving it an amphibious capability. The SANTISIMA TRINADAD was taken
out of service in 1989 and used for spare parts for the HERCULES.