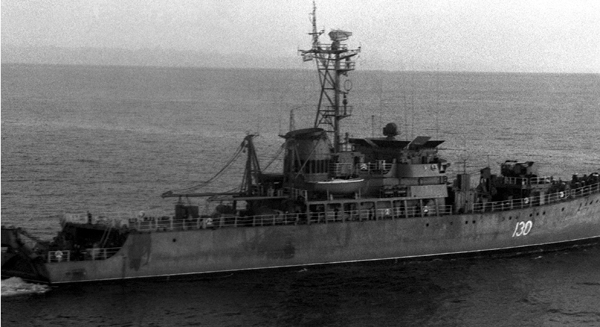 OVERVIEW: The Alesha-class (Project 317) minelayer is a diesel-powered minelayer.

DETAILS: The Alesha class minelayers, known in the USSR as Project 317, was a designation for a class of three ships completed in 1967-69. The were intended for laying both defensive mindefilds and maintianing ASW harbor defense nets. The ships were named Pripyat, Sukhona and Vychegda, but were assigned the reporting name Alesha by NATO.