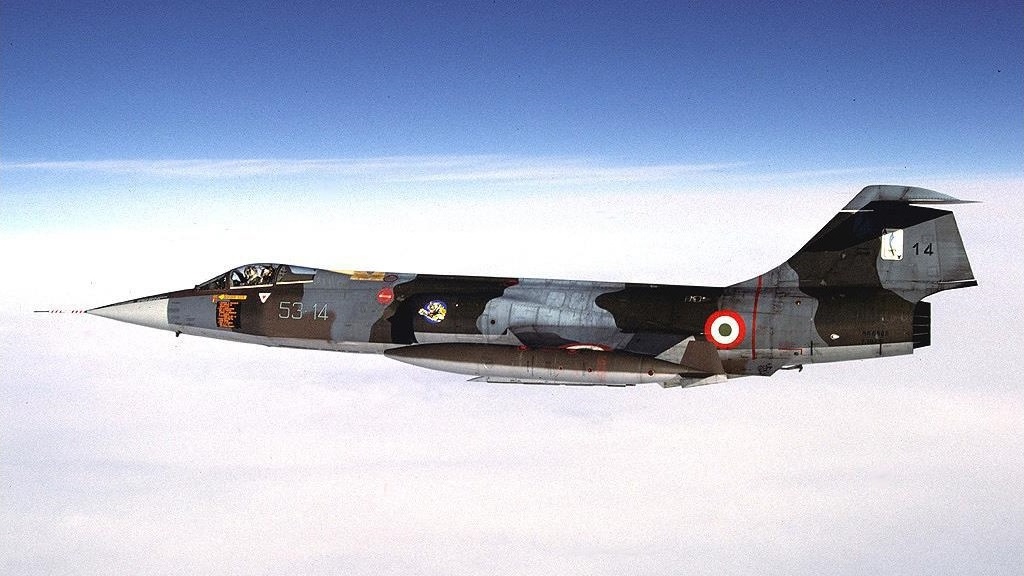 OVERVIEW: The Lockheed F-104 Starfighter is a single-engine, supersonic interceptor aircraft originally developed by Lockheed for the United States Air Force (USAF). One of the Century Series of aircraft, it was operated by the air forces of more than a dozen nations from 1958 to 2004.

DETAILS: The F-104 served with the USAF from 1958 until 1969, and continued with Air National Guard units until 1975. The National Aeronautics and Space Administration (NASA) flew a small mixed fleet of F-104 types in supersonic flight tests and spaceflight programs until 1994. USAF F-104Cs saw service during the Vietnam War, and F-104A aircraft were deployed by Pakistan briefly during the Indo-Pakistani wars. Republic of China Air Force (Taiwan) F-104s also engaged the People's Liberation Army Air Force (China) over the disputed island of Quemoy. The operational service of the Starfighter ended with its retirement by the Italian Air Force in May 2004.

A total of 2,578 Starfighters were produced, mostly by NATO members. A set of modifications produced the F-104G model, which won a NATO competition for a new fighter-bomber. Several two-seat trainer versions were also produced, the most numerous being the TF-104G. The ultimate production version of the fighter model was the F-104S, an all-weather interceptor designed by Aeritalia for the Italian Air Force, which was equipped with radar-guided AIM-7 Sparrow missiles.

The poor safety record of the Starfighter brought the aircraft into the public eye, especially in German Air Force service.

The Starfighter was the first combat aircraft capable of sustained Mach 2 flight, and its speed and climb performance remain impressive even by modern standards. Equipped with razor-edged thin blade supersonic wings, it was designed for optimum performance at Mach 1.4. If used appropriately, with high-speed surprise attacks and good use of its exceptional thrust-to-weight ratio, it could be a formidable opponent. It was exceptionally stable at high speed (600+ kts) at very low level, making it a formidable tactical nuclear strike-fighter. However, when lured into a low-speed turning contest with conventional subsonic opponents (as Pakistani pilots were with Indian Hunters in 1965) the outcome of dogfights was always doubtful.